Meet the Experts at Media Team One

There is an old saying that “your company is only as good as the team behind the name” and it couldn’t be more accurate and applicable to Media Team One.

At Media Team One we have assembled a group of talent where everyone plays a critical key role as a client project moves down the line from inception to completion. The founding experts of Media Team One have over 25+ years of experience and have developed over 425 web applications for clients like McDonald’s, Red Bull, & Nike.  Now your company regardless of size can take advantage of our experience getting a professional website for a fraction of the cost. 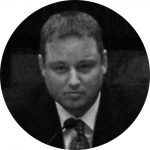 Over the last 28+ years Jeffrey has established a proven track record building award winning companies all of which have been acquired by publicly held corporations. Jeffrey’s first business – the “Lids Hat Company” was sold in 1992. His second, a dot.com start up named Web Design Group, delivered over 400+ websites to Fortune 500 clients like McDonald’s, Red Bull, Nike, & General Electric. Web Design Group was ranked #1 in Chicago before being acquired by Divine Interventures in 2000. Jeffrey’s third company, Symlabs, provided virtual directory solutions to US / UK / EU clientele including Nokia, T-Mobile, Vodafone, & Barclay’s Bank. Symlabs was acquired by Dell Computer in June 2011.

Jeffrey’s additional highlights include being named one of Chicago’s “Brightest New Business Leaders” by the Chicago Sun-Times, Crain’s Chicago Business Magazine’s “30 under 30 Entrepreneurs”, and “Youngest Member of Mayor Daley’s Technology Council” next to industry legends such as US Robotics founder Casey Cowell & Platinum Technologies Founder Andrew “Flip” Filipowski. Recently he was recognized by his alma mater, the University of Wisconsin – Madison, and was honored with an election to the prestigious board for “Notable Alumni”.

Jeffrey also has coached and mentored kids as part of the local YMCA Baseball Program and has contributed to the Badger Youth Football Program for the past 11 years.

Ashton is Media Team One’s Senior Account Manager and is responsible for the management of client accounts.  She is extremely proficient, organized, punctual, and provides our clientele with *excellent* customer service.

Ashton attended Alverno College in Milwaukee, Wisconsin majoring in Marketing with a minor in Business Analytics.  Her education and her extensive past experience within demanding corporate environments in the Chicago provides our clients with a credible foundation of expertise with regards to customer service and building long term customer relationship. 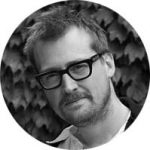 Jonas is a founder, veteran web developer, & significant contributor to Media Team One. Jonas has worked within the digital media and marketing industry since the mid 1990’s. Having lived in the USA, Austria, Luxembourg & Sweden he has worked with numerous companies and organizations including Nokia, Burton Snowboards, European Investment Bank, & Scania to mention a few.

He has designed, built, & managed websites since the Netscape days. Jonas currently lives in Sweden & works full time for Adobe but makes regular trips to the US or contributes via ZOOM when needed for projects that require his expertise. 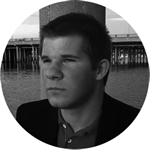 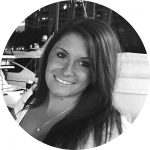 Meghan is our Senior Account Manager in Accounting / Client Services. She handles all of the AR / AP & other accounting activity for Media Team One. Meghan is extremely organized and runs a tight ship here at Media Team One. Our clients continue to express their appreciation for her honesty, accuracy, & for making herself available to provide them with up-to-date information related to their account. 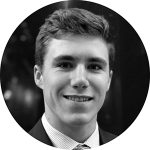 David is a true online marketing professional providing Media Team One’s clients with what we call an “Online Marketing Ecosystem”. His client deliverables include tangible results all which can be measured through an “Online Marketing Dashboard” including Google Analytics, Social Media Platform Integration, & Email Marketing. Having grown up in the digital age, he offers a unique perspective and understanding of this *critical* component Media Team One offers our clients. He is a certified Google Partner as well as a Facebook & Instagram Certified Media Planner and Buyer.

David will be helping your business by driving traffic to your site from various points of the internet including the key social media sites and leading search engines. He accomplishes this by working intuitively with you to place ads in front of the most targeted individuals in order to get the best results for any given campaign. ASK YOURSELF – IS YOUR SITE ACTUALLY MAKING YOU MONEY?  David can help. 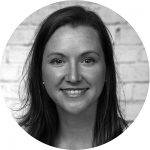 Megan has been involved in website design since the early 2000s. She began her career working in hosting and search engine optimization, helping clients increase their web presence. Now, she specializes in creating websites that are a tool to help business leaders grow their organizations. She loves teaching people how to use their websites so their businesses can flourish.

Megan has a strong ability to take a concept from wireframe, to design, to a compliant template that can be deployed to an environment. She is skilled in designing, creating and maintaining websites that utilize cutting edge technology and has a passion for figuring out how to go from paper to web while keeping the user experience at the forefront. Her expertise in WordPress extends into all facets including migration, templates, web analytics tracking, menu, widget, and plug-in management. Megan’s passion for excellence keeps current in online trends and new approaches to creating functional and interactive websites while using UX/IX best practices.

Media Team One has clients that want to us to create, update, and maintain their corporate website & online marketing strategy. In many cases they also want to leverage their offline “print based marketing” strategies to drive traffic to their website. From promotional hard copy printed sales materials to print advertising, identity management solutions (logo development, business cards, presentation folders) & more … Kevin can do it all.

Media Team One clients love Kevin because he *never* misses a deadline. His artwork is 100% original – it is never stolen and he doesn’t use clip art. Kevin creates “print ready” production files that work with all of the most popular online and / or local printing company requirements ensuring a printed product in the end as it was originally conceptualized & designed. Kevin consistently delivers beautifully designed high resolution files with accurate color separations, bleeds, & margins to the printer of your choice … and you can count on the same level of professional customer service from “start to finish” no matter how big or small the job. 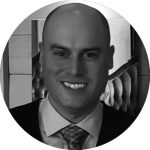 Professionally produced & edited video content is an engaging and key component of modern branding. The striking power of the moving visual image creates unforgettable impact as a video home page header on your website and / or across the applicable social media platforms such as Facebook, LinkedIn, Instagram, & YouTube. Matt has a true passion for helping clients showcase their products creating beautiful video content.

If you want to see Matt’s work check out the video on the Media Team One home page @ www.mediateamone.com. Also – you can check out some of this client video testimonial work he produced here: https://hct.mediateamone.com/clients/

Message sent successfully... thank you. We'll get back to you shortly. / Media Team One

We're looking forward to learning more about your project!